In the past few years, Rhode Island Department of Transportation Director Peter Alviti has repeatedly defended the agency’s shift from awarding contracts to the lowest qualified bidder to the bidders who provided both design-build competency.

Alviti has stated that the “design-build” process ensures that by selecting one company that is responsible for both the design of the project and the construction, that it will eliminate rising project costs and change orders.

Too often, Alviti’s claims about the controversial 6/10 project have proven to be false.

He repeatedly claimed that the Olneyville neighborhood was not contaminated by the dumping of soil by the lead contractor under RIDOT’s oversight — that claim by Alviti has proven to be false.

RIDOT’s lead contractor Barletta Engineering/Heavy Division dumped tons of contaminated material next to homes in the Olneyville section of Providence.

Presently, the project is being investigated by both the United States Attorney and the Rhode Island Attorney General. Two of the families impacted by the contamination have filed lawsuits against RIDOT. 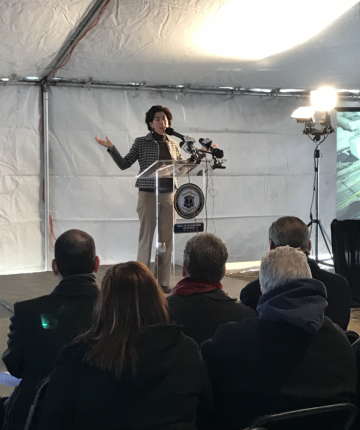 More Than $21 Million in Change Orders

GoLocal has secured nearly 80-pages of documents that show that in the 6/10 construction project, the contractor submitted and received approval for more than $21 million in change orders from the beginning of the project thru August of 2021.

The 6/10 project was formally announced by state officials in January of 2018. Then-Governor Gina Raimondo, members of the Rhode Island Congressional delegation, Providence Mayor Jorge Elorza and Alviti praised the project at a press conference on January 8, 2018.

But, documents show the project was racking up tens of millions in change orders. The $21 million in cost overruns were submitted by the Barletta-led 6/10 Constructors Joint Venture.

That represents an 8.5% cost overrun through August of 2021.

At the time of the project’s kickoff, WJAR-10 reporter, the late Bill Rappleye, reported in an interview with Alviti that the design-build approach would avoid “cost-overruns and change orders.”

But, the change orders were filed by the dozens, and more may be coming.

The change orders include:

– $30,000 to reimburse the contractor for costs to design and install additional support for the electric duct bank at the end of the Broadway bridge

– Changes to the price of asphalt

– Changes to the price of diesel fuel

And on and on. 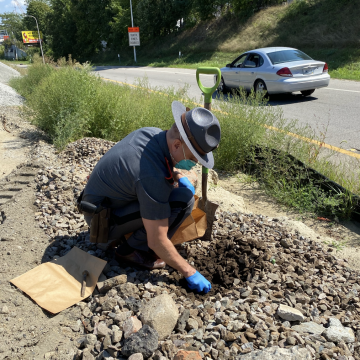 According to Alviti’s spokesperson Charles St. Martin, “The 6/10 Project remains on schedule and is on budget. Under a design-build project, there are generally two instances where change orders are allowed: if RIDOT directs the design-build team to do additional work or identifies differing site conditions during the design process.”

“An example of this flexibility in the design-build process was that the design-build team was able to design changes to the Amtrak catenary system as it passes under the bridges, originally expected to cost approximately $1 million. The decision to have the design-build team do this instead of RIDOT paying Amtrak to do it required a $300,000 change order but saved the project $700,000,” he added.

Listed below is the description of some of the change orders provided as provided by RIDOT:

– $7.8 million for differing site conditions including escalating steel costs related to the imposition on tariffs in 2018 and National Grid and Amtrak work.
– $4 million for barrier changes due to the Department conforming to the Federal Highway Administration safety standards that were adopted after the project started.
– $3 million for road and bridge maintenance and inspection to keep the interchange safe and operational during construction. Work under this change order including paving, pothole patching, repairing nearly 90 beam ends, over 30 columns and piers, and dozens of bridge joints.
– $3 million in incentives to the contractor for not conducting weekend closures of Route 6. Every one of six weekend closures the contractor was allowed to conduct but did not need to resulted in a $500,000 incentive per weekend. No weekend highway closures were needed. Incentives are included in the RFP but not part of the design-build team proposal and subsequently added as a change order.
– $300,000 to pay for 24-hour tow truck coverage throughout the life of the project to remove any crashes in the interchange as quickly as possible and avoid extensive backups on the highway and in Olneyville.

“With every project RIDOT looks for ways to improve how it does business. Items such as accounting for the possibility of escalating material prices are now included in other current RIDOT projects and will be included in future ones,” claims St. Martin. 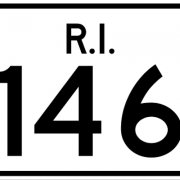 146 Contract Went to the Highest Bidder

As GoLocal unveiled in April of 2022, RIDOT awarded a $167.4 million contract to Skanska/JH Lynch — they were the highest bidder for a contract for a project on Route 146.

“The best value award was made to Skanska/Lynch as the partnership with the highest combined score in the request for proposals. The award was made according to requirements set forth by the Rhode Island Department of Administration.  The construction cost of the project is $167.4 million,” said St. Martin regarding the 146 contract.

4 months ago
We use cookies on our website to give you the most relevant experience by remembering your preferences and repeat visits. By clicking “Accept All”, you consent to the use of ALL the cookies. However, you may visit "Cookie Settings" to provide a controlled consent.
Cookie SettingsAccept All
Manage consent

This website uses cookies to improve your experience while you navigate through the website. Out of these, the cookies that are categorized as necessary are stored on your browser as they are essential for the working of basic functionalities of the website. We also use third-party cookies that help us analyze and understand how you use this website. These cookies will be stored in your browser only with your consent. You also have the option to opt-out of these cookies. But opting out of some of these cookies may affect your browsing experience.
Necessary Always Enabled
Necessary cookies are absolutely essential for the website to function properly. These cookies ensure basic functionalities and security features of the website, anonymously.
Functional
Functional cookies help to perform certain functionalities like sharing the content of the website on social media platforms, collect feedbacks, and other third-party features.
Performance
Performance cookies are used to understand and analyze the key performance indexes of the website which helps in delivering a better user experience for the visitors.
Analytics
Analytical cookies are used to understand how visitors interact with the website. These cookies help provide information on metrics the number of visitors, bounce rate, traffic source, etc.
Advertisement
Advertisement cookies are used to provide visitors with relevant ads and marketing campaigns. These cookies track visitors across websites and collect information to provide customized ads.
Others
Other uncategorized cookies are those that are being analyzed and have not been classified into a category as yet.
SAVE & ACCEPT